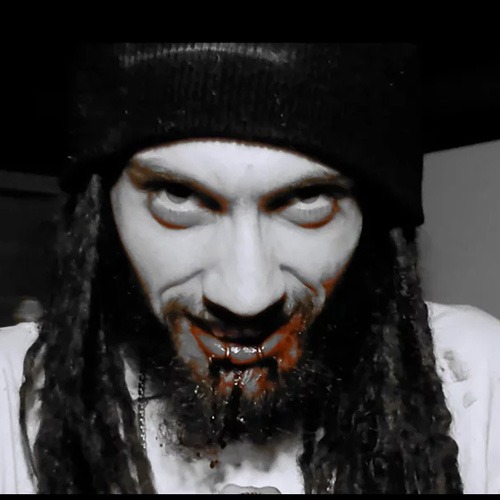 Dezlooca The Cannibal, born Daniel Hopwood, is pushing forward in the horrorcore scene… and FAST! With his storytelling, murderous style you will fear in the night knowing there is a cannibal out there some where waiting to eat you.

One of the most versatile artists in the underground, Dez’s music has been played on WFuckOff Radio, Psychopathic Radio, Juggalo Radio, and has been featured on over 50 different mixtapes. His music has been streamed over five million times internationally and he has worked with the likes of Brotha Lynch Hung, Kung Fu Vampire, Kid Crusher, Intrinzik, Jason Porter, Mars, Boondox, Gmo Skee, Bibster Beats, ABK, Mastamind, Scum, Dark Half, Twisted Insane, Axe Murder Boyz, Dirt Bag Dan, Mind Shotm Smallz One, Esham, Portluck, and DGAF. He has also performed at the Gathering of the Juggalos and LSP’s GoreFest!