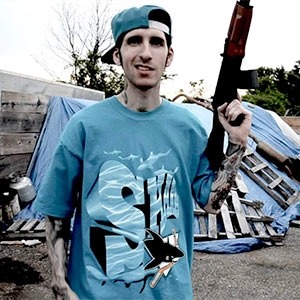 Daniel Dahmer honed his craft and created a style that demands a reaction; whether you love it or hate it… Dahmer “kick(s) it retro-style, with an extreme twist of dark rhymes, vulgar humor and swag overload.”

In July 2012, Dahmer released his debut album, “Snapbacks and Fannypacks,” which quickly went viral and got lots of critics stirred up due to controversial content and was considered a instant classic by many fans.