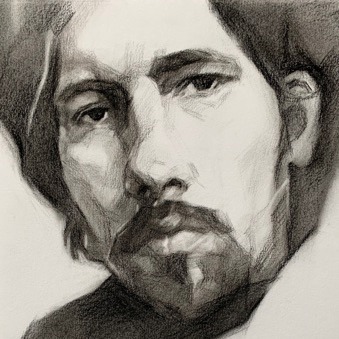 Creech is an artist from the Netherlands. Creech, formerly “Creature C,” started to dislike that name as the “C” didn’t have a meaning and he wanted to have a catchier name. At some point, Cyanide (R.I.P.) called Creature C “Creech” and he liked that, so he stuck with that name. He developed his style in the golden era by listening to old school hip-hop over and over again. Growing up with four brothers meant that Creech was always surrounded by different forms of music.

His first intro to hip-hop came when he heard Kool Moe Dee’s “Go See The Doctor” performed by other kids during a performance in a classroom. A few years later, he joined a basketball club and joined a hip-hop group called Black Pound.

At that time, Creech started buying music equipment. With that, he started mixing beats with any mixable melody he liked. As the group Black Pound disappeared, Creech continued solo.

Creech discovered a section at MP3.com where artists posted horrorcore hip-hop. From there, he discovered a forum board called horrorcore.com where he met other horrorcore artists and beatmakers. That’s when Creech started buying beats from skilled producers such as Bob e. Nite, DJ Shy One, Bad Mind, and Komatose.

Creech always dug the dark side of hip-hop and that’s been his style for a long while. At some point Creech had a different alias, “Rawhead Rex.” Rawhead Rex only recorded one song and it was never released, only online.

As Creech got older, he started to get a little tired of writing horrorcore lyrics, and so he started to write lyrics about other things as well. He also started rapping in Dutch because he felt that rapping in his native language was more natural and that way he didn’t have to concentrate too much on the pronunciation of English words.

Old school hip-hop is the music Creech knows best and it’s fair to say that the Ultramagnetic MC’s, BDP, Tim Dog, the Geto Boys, and Desmond Dekker are his biggest influences. Although Creech is hip-hop through and through, it is not to say he finds himself restricted to this genre. In fact his influences are vast, which is noticeable throughout his albums, especially his debut release.