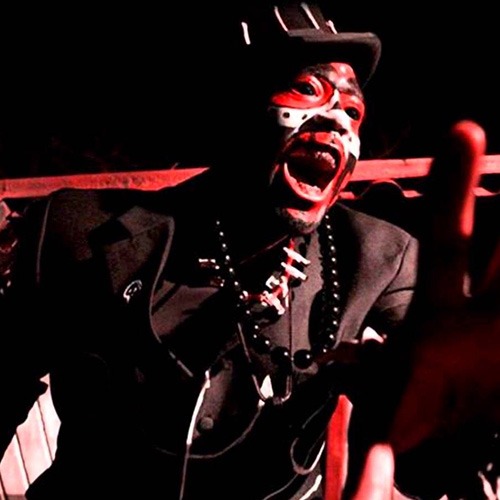 Big Hoodoo is another stage name for Detroit rapper Doe Dubbla, also known as the Jinx.

When Psychopathic Records, the Farmington Hills, Michigan independent record label founded by Alex Abbiss and Insane Clown Posse, parted ways with Twiztid, one of the label’s most popular acts, the pressure was on to find a replacement act. That turned out to be Doe Dubbla in his Big Hoodoo incarnation, a cartoonish mix of Screamin’ Jay Hawkins and one of those over the top masked characters from a bad wrestling movie. ICP had a heavy hand in the production of Big Hoodoo’s debut album, Crystal Skull, a label-typical blend of horrorcore rap filled with Dubbla’s theatrical hexes and spells, and maybe most notable for not using the word “juggalo” anywhere, in the summer of 2013.