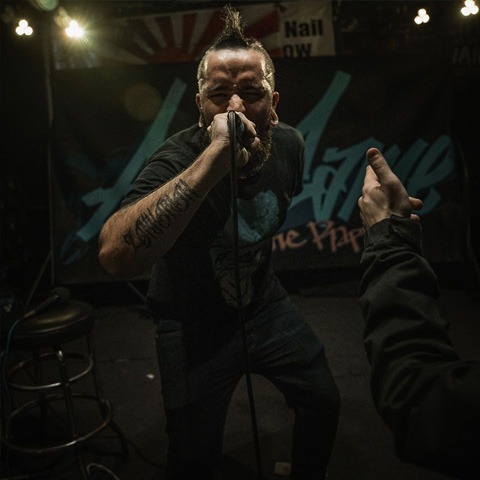 A-Game is a recording artist originally from Bradenton, Florida hailing from Lancaster County, Pennsylvania. Pursuing a career in music was a dream that A-Game had since he was only 5 years old. At age 14, that dream quickly became reality when he began investing into recording equipment, actively seeking out criticism of his early work from peers who weren’t afraid to hurt feelings and be brutally honest, which was something an introverted, shy teen just starting out needed to hear to improve.

Eventually, A-Game reunited with an old friend from high school who recently just got out of juvenile hall known as The Bird, and began making music on an almost daily basis under the group Zoo Crew, which had over 20 members at one point in time. Shortly after, Bird and A-Game began forming their own supergroup, known as “Skrewz Loose” which was a duo group formed by the two. At age 16, his first time performing live was when Hopsin pulled him onstage to rap next to him in front of a sold out show of 2,000 plus people. A nerve-racking experience, but this ultimately was A-Game’s breakthrough. By that time next year, he was already doing shows in his local Florida scene, dominating stages in Saint Petersburg, Tampa, Orlando, and more.
In 2017, A-Game became an official member of Judah Priest (Wu-Tang Clan’s Brooklyn Zu/Zu Bulliez)’s 144,000 Chosen Few, beginning to do shows more frequently in the northeast and quickly building a following in the Philly/New Jersey hip hop scene. In 2019, A-Game left the Chosen Few to pursue his own path.

Fast forward to now, he has performed multiple times in over half the United States of America. He currently has 5 mixtapes released, and 2 albums. A-Game prides himself in being versatile, working with any style thrown his way and demolishing it.