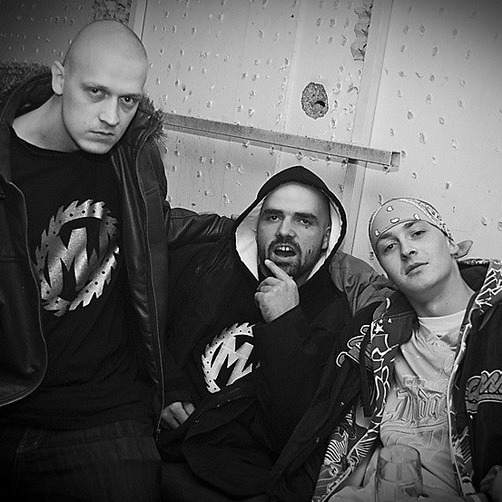 Masový Wrazi, hailing from Třebíč Czech Republic, consists of emcees El Marón and Curwa and DJ Doyem. Their songs are about death, violence and killing, and anything else your worst nightmares are made of.

The trio started making music in 2005 and since then have released five full length albums. They’ve performed on the TV program “Fifth Element,” opened for Jedi Mind Tricks in Prague’s Lucerna music bar, and have had a three page interview featured in hip hop magazine, Bbarak.