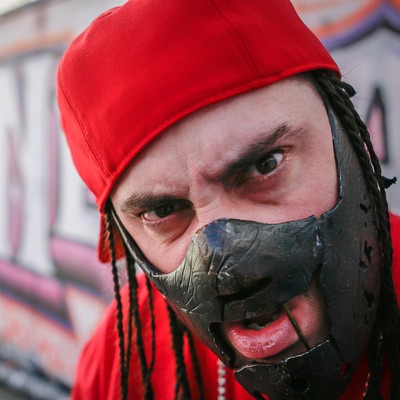 Perhaps the Bay Area’s darkest secret, Mars made a name for himself on the independent touring circuit playing some of the biggest and smallest concert venues from coast to coast developing a dedicated “horrorcore” fanbase. With his releases sometimes selling out in just minutes, and constant mainstream news coverage for fan related controversy, his talents caught the eye of the Insane Clown Posse who asked for Mars to appear on their Billboard charting compilation “Tunnel Runners”. It was the push that helped catapult his career to the next level. Mars who sometimes wears a Hannibal Lecter mask on stage and on TV helped define the horrorcore genre over the last decade and is no doubt the poster boy after releasing some of the most classic and sought after albums in the independent scene.